Archive for the ‘Duke University’ Category 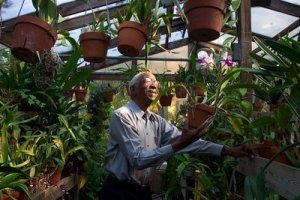 John Hope Franklin was passionate about growing his orchids. 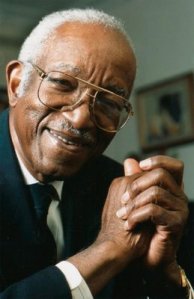 Our National Treasure:, John Hope Franklin
“We must get beyond textbooks, go out into the bypaths…
and tell the world the glories of our journey.” John Hope Franklin
Mr. John Hope Franklin’s legacy lives on!
We celebrate your stellar accomplishments and tremendous contributions to American History! We love you and thank you for your dignity, abilities, humanity and character!

and International Studies (JHFC) is located at Duke University.
Born
January 2, 1915
Rentiesville, Oklahoma
Died
March 25, 2009
(aged 94)
Durham, North Carolina
Alma mater
Fisk University (B.A., 1935);
Harvard University
(M.A., 1936; Ph.D., History, 1941)
Occupation
Scholar, Historian, Author, Professor
Spouse
Aurelia Whittington Franklin (m. 1940; d. 1999)
“Because of the life John Hope Franklin lived, the public service he rendered, and the scholarship that was the mark of his distinguished career, we all have a richer understanding of who we are as Americans and our journey as a people.”
“Dr. Franklin will be deeply missed, but his legacy is one that will surely endure.”
President Barack Obama 3/25/2009
http://www.guardian.co.uk/world/feedarticle/8422979

a pioneer in the field of African American history and winner of the Presidential Medal of Freedom, provides his insight following Tuesday’s election of Barack Obama as the 44th President of the United States and the nation’s first African American president.

Sharing With A Heart of Adoration